If you spend a lot of time of driving like most of us do, you are destined to see people acting like idiots on the road, breaking the law. Maybe its as minor as not signaling on lane changes or forgetting to turn on their headlights, but often there are drivers that put you or others at risk. Speeding, running red lights or even driving drunk are a few acts people see on a regular basis. You may be even involved in a hit and run, where the car may hit your bumper and speed off. Or side swipe your car doors and then not stop. All of these cases you don’t have time to see or even remember the perpetrator’s license plate.

Everything happens so quickly with instinct and adrenaline taking over, the last idea that comes to your mind is to grab a pencil and paper to jot down the license plate. I have compiled the must-have features to look for in the best dash cam for reading license plates. 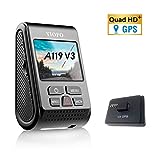 Now to set the standard, will you be able to read license plates 100 feet away in inclement weather? Sorry, but no, those setups are called ALPRs and the systems run $10,000 – $20,000 dollars and are usually fixed onto a street pole. But do you want to have the best chance at reading license plates at closer ranges like 20 to 30 feet? Those are are the standards I’m using when looking for the best dash cam for license plate reading.

No matter what, as a backup, always try to remember to read the license plate out loud if you see something. All of our dash cam recommendations have microphones and can pick up cabin audio perfectly. Start rattling off the series of numbers and letters and verify with the footage afterwards. If you forgot to say it in the microphone, don’t worry, there’s still a good chance you can review your footage. Let’s take a look at the features you need to be able read license plates.

The features we will discussing in the rest of this article will revolve around one thing: Video Quality. No point in trying to read a license plate if the footage is grainy.

Seemingly one of the most important aspects of great video quality is the resolution and frame rate it outputs. Image resolution is the detail in an image and refers to the number of pixels in the frame. For example, 1080p means there’s 1920 pixels wide and 1080 pixel high and multiplied together comes out to 2,073,600 total pixels. Typically, a higher resolution correlates with the image quality. If you are taking a picture of a license plate, you get more data or information from a higher resolution image. Those extra pixels allow you to zoom in closer for farther away license plates. Now, we have to be careful when just looking for higher resolution or more pixels in our images and here’s why.

Software can be a little deceiving and “cheat” by adding extra pixels where it thinks should be pixels doesn’t actually help the image quality. It’s filling in the blanks by guessing. None of the dash cams here do that, so no need to worry.

Do you remember when HD (1280×720) was a big deal? Now we are dealing with 4k! No need to worry, when looking for a dash cam the minimum you should be targeting is FULL HD or 1080p or (1920×1080). Lot’s of terminology, right? It can get confusing. While more pixels are always nice, the price for a dash cam increases exponentially if you are looking for ultra-high resolutions like 4k. They do exist, and we have narrowed down the best dash cam for value.

Frame rate is the frequency of which consecutive images appear on screen. In dash cam or video world, the term “frames per second” is used. If you want to achieve the “film look”, a lot of Hollywood directors film in 24 frames per second. In other words, 24 frames are processed by your eyes every second. Now, if you want to film in slow motion, you’ll want to capture as much data per second as possible taking thousands of pictures a second. You will see slow motion footage of upwards of 600 to 1000fps. Now, where does that leave you in trying to find the best dash cam for reading license plates? Turns out you don’t need 1000fps, nor is 24fps the best option. At the bare minimum, 30fps is sufficient, but 60fps is preferred.

We highlight cameras that are at the lower end (30 fps), but perform wonderfully. Frame rate is only but one part of the entire Image Quality. Imagine a dash cam recording with 60 frames a second, but each frame is blurry. Not helpful at all!

Generally a higher frame rate allows the camera more chances to see the license plate. If you wanted the license plate of a car that was on the opposite side of the road coming at you, you’ll want the dash cam to have as many chances of grabbing the plates as it can.

Your dash cam can have the best resolution and frame rate, but can it perform under duress? No point in reviewing footage unless you have confidence that it isn’t blurry because of the bumps in the road, or the low light is affecting your sensor. As far as low light, you want to make sure your dash cam has technology that combats it. The best option is to have a camera sensor that has a low F-Stop, or one that takes in more light.

The easiest way to explain F-Stop is through your own pupils. Do you notice if you are in a dark room and suddenly turn on the lights, your eyes take a second to adjust? If you look at yourself in the mirror once you turn on the lights you can see the change taking place. In the dark, your pupils are wide, trying to take in as much light as possible and when there is an abundance of light, it narrows. The lower the F-Stop number, the better it can take in light. F/2.0 is pretty standard, so look for F/1.8 or F/1.6.

In the product description, try to find if there is an image stabilization feature. Most likely it will be called EIS (Electronic Image Stabilization). This software feature varies from dash cam to dash cam but it detects and compensates for motion from your hand jitters. Once that information is relayed onto the camera, it electronically crops out small parts of the image to have stable footage of the subject. The other type of stabilization is called OIS (Optical Image Stabilization). This only exists on DSLRs and other high end lenses. This depends on the physical lens moving as you record video as opposed to software trying to compensate.

The last feature I want to highlight is wide angle. Like the name, it refers to the lens and the amount of area it captures. Wide angle is measured in degrees of angle. Higher numbers mean it captures of the scene. This is particularly useful when you want to capture license plates on cars that aren’t directly in front of you. That being said, you don’t want to go super wide angle. Lenses that are designed for maximum wide angle have distortion issues. You a dash cam with a wide angle that can fit the entire intersection and the bigger the number doesn’t always mean better.

Look for 140 to 170 degrees and that is the perfect amount to maximize quality and minimize distortion. 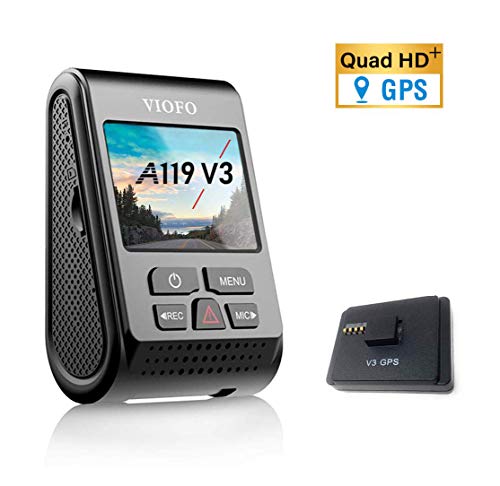 Viofo A119 V3 is our top choice because it combines value with quality. It fits within everyone’s budget and packs tons of features in the same frame. Most importantly, is that it’s renowned for image quality and being able to read license plates. It utilizes QuadHD with a F-Stop 1.6 meaning it excels in low light scenarios. It features 30 frames per second and a 140 degree lens angle.

We really like that because its so compact, you can pretty much fit it behind your rear view mirror. And we can’t stress enough how high the image quality is. That is why it’s our number one dash cam for reading license plates! 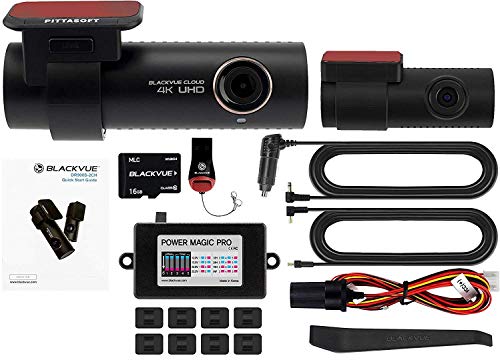 Our next pick is the BlackVue DR900S-2CH. This is a monster setup and may be overkill for some, but for others it’s a long term solution that could save you money and headache in the future. The price is significantly higher because this includes a regular front facing camera and also an additional rear window camera. This rear window camera can capture vehicles who rear end your car or other crimes that aren’t in your field of vision.

The front facing camera is 4K resolution @ 30 fps and the rear camera is at FullHD @ 30fps as well. This camera also includes a SD card and a hardwiring kit. A hardwire kit allows you to hook the dash cam into your car’s battery so the dash cam can continue working when the key is not in the ignition. If someone slams into your parked car, the sensor will immediately start recording. This isn’t possible without a hard wire kit. It also supports an above average wide angle to capture as much of the road as possible. Those who are looking for a full setup, because you feel like it’s a good long term investment, or for those who spend lots of time in the car, the BlackVue is the right choice. 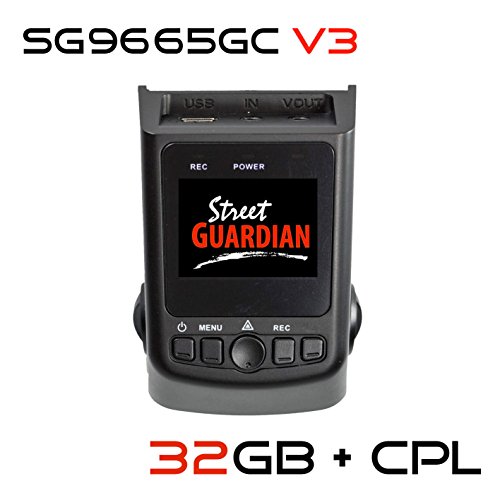 And finally we have the Street Guardian. When you first look at the Street Guardian, none of the features are super exciting. It records at 1080P, but it does allow you to film at 60fps for smoother footage. It has an average F-Stop at 2.0 and a more narrow view angle at 120 degrees. Despite all of this, I put this on the list because it performs. It has great image quality and is reliable and compact. It doesn’t break the bank and is a good choice for people who want something they can trust.