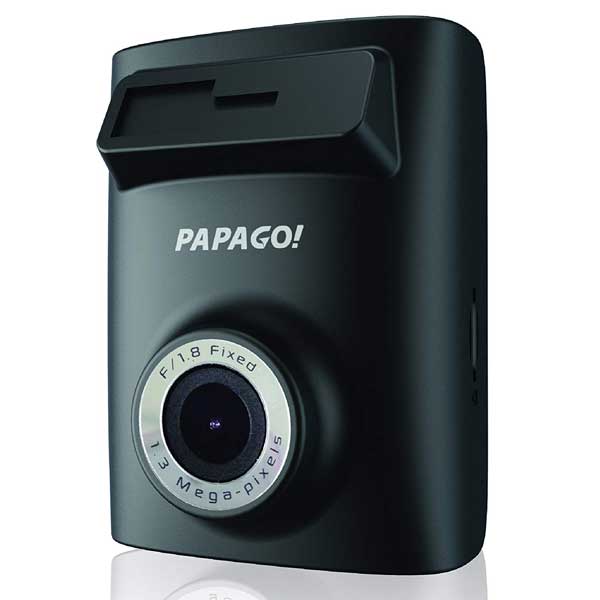 The Papago GoSafe 110 is the ultimate budget dashcam if you need security but don’t want to shell out more than $100. It records video in 720p HD with a viewing angle of 126 degrees(which is a little less than higher-end models), but at its core it is a pretty decent dashcam.

The two inch screen on the back side lets you change settings and view videos, and the camera will keep recording footage as long as it is plugged into your cigarette adapter. Once it runs out of space, it will loop over old footage until you choose to manually save a file.

An accident or jerk will also trigger the camera to save the file, so those precious few seconds of footage will be saved. There is also a “surveillance mode” that will work if your dashcam is wired directly into your battery, where the camera will start recording every time it detects motion when the car is parked.

To save videos, you’ll need a class 6 MicroSD card from between 8 gigabytes to 32 gigabytes, and this should get you at least 12 hours of recording before needing to loop over.

Along with good recording capabilities(even at night), the GoSafe 110 is built with safety features that make it a good idea for long drives, such as a fatigue alert which will sound every so many minutes or hours to remind you to take a nap, and a stop and go alert which sounds when the car in front of you starts moving after a while – in case you were distracted.